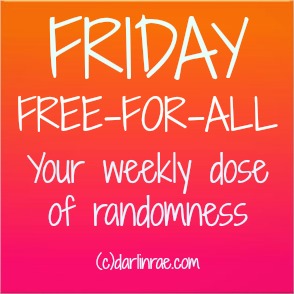 The outpouring of support after my marathon announcement on Tuesday has been incredible. So many people have reached out to say good luck, congratulations, offer help, and say that they’ll be there to cheer me on. A friend of mine (multiple marathoner) who moved to Oregon recently sent an email offering tips, tricks, and even to help me with a training plan, and a friend from college who has run VCM actually popped by the blog to offer some advice. If I wasn’t excited already, I’m even more excited now that I know what an amazing support system I have in place. I can’t wait to start officially training in January!

I leave for Disney in less than a week! To say I’m excited would be the biggest understatement of all time. I haven’t been to Disney since I was three years old, so there’s the excitement of going to the Happiest Place on Earth, riding the rides, seeing the sites, and eating the food. But I also get to run a half marathon through the parks, and it culminates in a finisher’s party that’s part of the Food and Wine festival. And best of all, I FINALLY get to meet most of Team Can-Am in person. I’ll be running with Kim, Kellie, and Nicole, and we’ll be carrying a flat Lisa along for 13.1 miles of fun.

I still don’t have a Halloween costume. I was going to buy one of those Star Wars onesies, but when it came right down to it, I couldn’t justify the $25 for glorified PJs. I’ve had a few ideas since then, but nothing that wouldn’t involve spending money that I’d rather save for Disney. I may just have to bust out my tried and true Dorothy costume that I’ve worn umpteen times. We’ll see I guess. Speaking of Halloween…

I have not one, but TWO Halloween parties to attend tomorrow. Some theatre friends are hosting their annual Halloween shindig, and then another friend of ours is hosting one later in the evening as well. I feel like I’m back in college. PARTY TIME. EXCELLENT! Of course knowing me, I’ll still be home and in bed by midnight. I try to hang, but I’m just not that cool anymore.

Are you dressing up for Halloween? Any parties or fun plans?