Well, it’s all over. The end of a show is always bittersweet; I’ll miss performing, miss seeing my friends, miss singing and dancing every day… But I’m also delighted to have my evenings free again, to be able to hang out with Ben and the kitties and get back to a “normal” schedule.

This show was really something special. It’s such a fun, magical show and we had nine nearly all sold out performances–that means almost 13,000 people came to see us! I really bonded with the cast and crew, and even though I’ve worked with this theatre company on and off since I was sixteen, I really felt something “click.” I felt a feeling of belonging that I’ve often felt lacking. I just felt so close to everyone, and as though I had really made a lasting connection to the group. It gets me all excited and teary-eyed at the same time to know that Lyric Theatre will always be a part of my life.

I took yesterday off of work to rest and relax. I slept until 11, and was in bed by 9:30. I still feel like I could use more sleep, but I know I’ll be back to normal soon. My body is quite sore from strike. You put a screw gun in my hands and I go into Beast Mode. I find strike to be incredibly cathartic. I actually started to get really weepy and emotional during the final bows, and I was afraid I was going to lose my shit and go into full-on ugly cry mode. But once I started ripping apart that set, I was able to focus. There’s something about tearing it down with my own two hands that is so final. It’s over. It’s done. It’s never coming back. I can get over it now. I’ve got bruises all over, my glutes and back are wicked sore, and I have scrapes and blood blisters all over my hands. The webbing of my right hand is rubbed raw from holding a screw gun for 5 hours. But I feel good. Tired, but no longer emotional.

Now that the show is over, I can re-focus on marathon training. As I have said many times before, choosing to train for my first marathon while rehearsing for a show was probably not the best idea I’ve ever had, but I don’t really regret it. And I absolutely don’t regret for a second prioritizing the show these last two weeks over running. As I said to one of my cast-mates, the show was something that didn’t just affect me; dozens of other people were counting on me to show up and do my best, so that had to be my priority. I know that jumping back into marathon training after some time off will be hard, but I can do it.

I really neglected picture-taking during the process, but I’ll leave you with some of the incredible photos from dress rehearsal taken by Tim Barden Images, as well as a few of my own silly backstage photos. It was a crazy, wonderful few months at Cherry Tree Lane. I remain incredibly grateful for the experience, and also incredibly grateful that it’s now over. 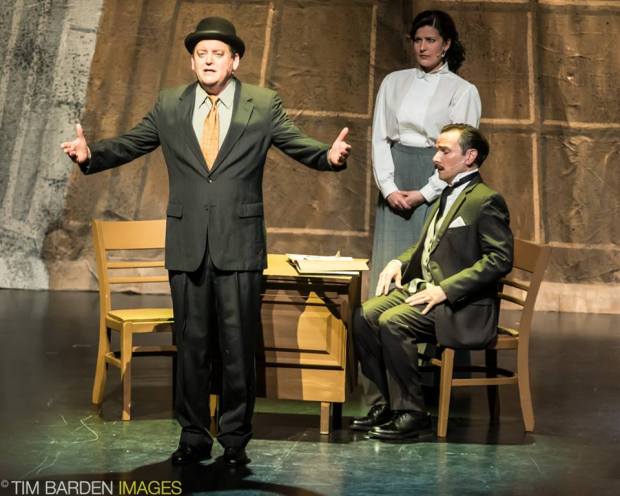 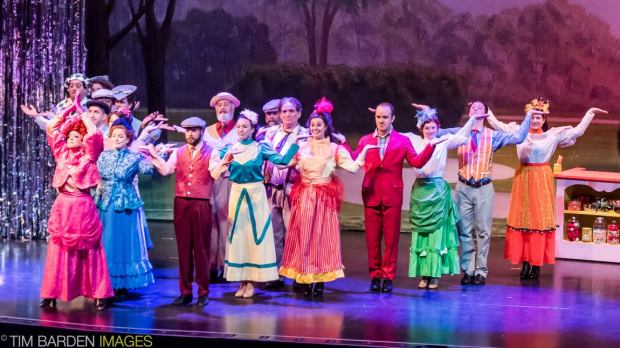 Some talented sweeps Stepping in Time 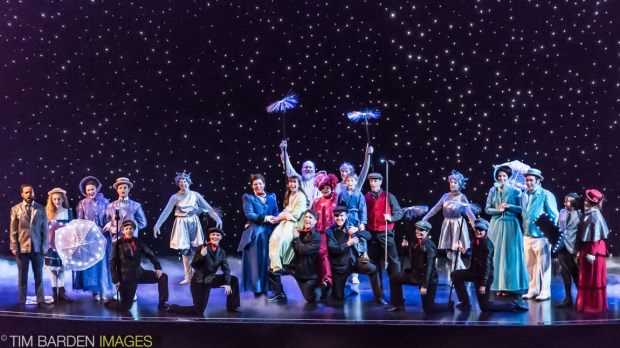 Anything Can Happen if You Let It

The woman who played Mary gave everyone a spoonful of sugar ❤

This is my “the show is over” face. My hair stayed perfectly in place for over 12 hours

18 thoughts on “Mary Poppins Wrap Up”